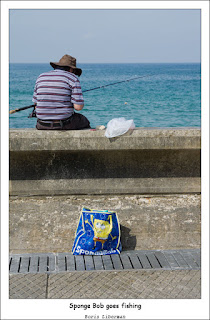 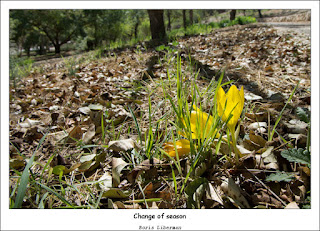 After extremely prolonged :-) contemplation, I have shelled out for my first SDM DA* zoom lens. I bought it second hand and according to the seller they had no SDM issues with this lens whatsoever. So here is a brief recap.

This lens is big and heavy. In fact, it is roughly as big as Sigma 24-60/2.8 that held the position of standard zoom lens before it. I think Sigma is ever so slightly lighter, but it may be a matter of weight distribution differences between these two lenses. I never care to compare the specs.


It turns out I have gotten quite used to the way Sigma rotates, which is the opposite of Pentax, but no matter. All in all, it handles well and it feels most comfortable in my hands. It has to be mentioned however, that a battery grip would be necessary for proper balance. Without the grip the combo would be badly front heavy.

One minor nit to pick though. The double cam barrel design seems a bit shaky to me. It is not real wobbling, but it seems and feels like certain minimal wobbling may develop over time. I would really have preferred a single cam barrel of Sigma here.

This lens is sharp wide open. It is not bitingly sharp, but it is sufficiently sharp for all practical purposes and it is slightly sharper than Sigma which has a tendency to a bit of a soft glow in this situation. Stopped down it becomes very sharp indeed. The color rendering is native Pentax, which is the only very minor gripe I had about Sigma 24-60/2.8. It felt as if Sigma somehow renders the colors a bit different than Pentax. The OOF rendering is excellent too. In fact, sans the well-known aspect of rather serious distortion on the wide end, the lens does not seem to have any optical weaknesses at all.

The focusing is indeed absolutely silent. I cannot discern a sound. Initially, I was under impression that it focuses not as fast as regular screw driven lenses, but then it occurred to me that it has to do with the fact that I wasn't hearing the whirr of the AF motor the same moment I half depressed the shutter button. Presently I think that AF speed is at least as good as that of screw driven lenses.

Although in tungsten room light when it is dark outside it may hunt every now and then. Again, no problem for me.

When I rotate the zoom ring,  I can hear a somewhat strange sound as if an air is being sucked or something like that. Likely it has to do with the lens being more air tight than its non weather sealed counterparts. Given that this is the very first such lens in my stable, it may require a bit of getting used to.

All in all - an excellent lens in all respects if a little big and heavy, but imagine a 24-75/2.8 lens with SDM and weather sealing in full format land - that would definitely be a bigger fish.
1 comment:

Galia was recently introduced to photo editing with LightRoom. Here is one of her first efforts... 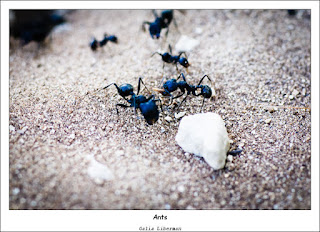