I thought these plastic chairs in the middle of ancient amphitheater were fascinating... 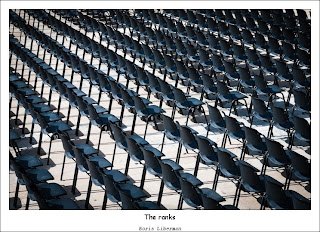 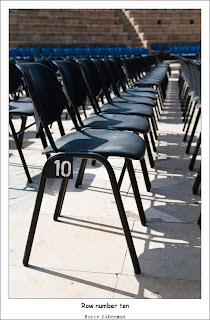 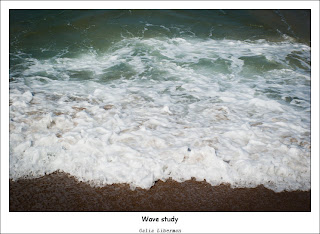 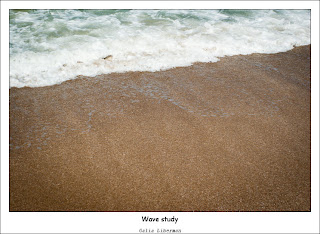 I did the processing of both shots, but Galia was by my side and she approved of my actions.
No comments:

We spent today's morning in Caesaria. Accidentally Galia and I were shooting the same view unbeknown to another another. 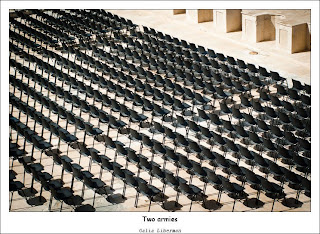 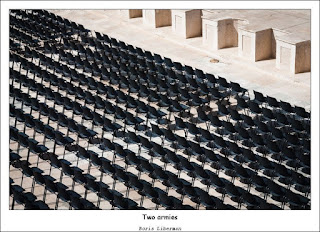 I am hoping that really soon Galia will completely outdo me in all things photography...

From technical stand point, although processed, these photos seem to illustrate the difference between color rendering of K10D with FA 50/1.4 (Galia's shot) versus K-7 with Sigma EX 24-60/2.8 (my shot).
1 comment: 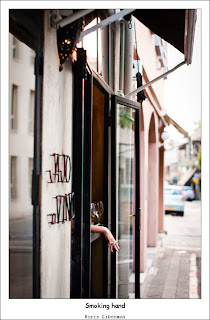 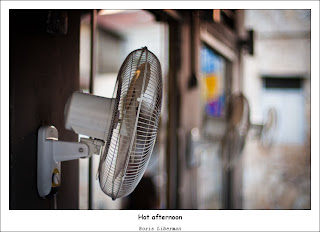 Place for meat is by far our favorite restaurant in Tel Aviv. We keep coming there and these guys never disappoint. 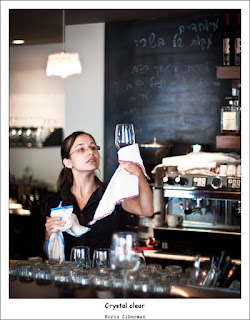 Exciting times (or not?)

Photokina 2010 is coming up. This year it seems everybody or at least every reasonably big player in this game is making an announcement and introducing new products. Canon 60D, Nikon D7000, Olympus E-5, Sony E-55, Pentax K-r to name a few. I am deliberately not giving any links as the web is full of them and whatever I might give you might not fancy.

The question that I'd like to discuss here is that of comparison. Does it make sense to compare these announcements and if so, how to do it best. So let us get started.

Every manufacturer has their own marketing outlook. Each has its own strengths and weaknesses. Say, Pentax has rather narrow set of options and they don't offer a full frame(*) camera to compete with likes of Canon 5D Mk2 or Nikon D700, however they seem to be building up on the success of their K-x model that was greatly praised for its high ISO performance and won some acclaim for colorful marketing. Sony made very interesting announcement of the camera with semi-transparent mirror and hence 10fps rapid fire rate. Nikon seems to have outdone everyone so far by offering a camera that has mechanical aperture coupling thereby giving a mid-level camera the compatibility of its higher level siblings. The list goes on.

As you can see, there is no direct comparison between all these points. Everyone is moving in their own direction that they think is the correct one from their technical and marketing perspective.

Here is the idea for you to consider: it makes no sense to compare camera bodies across the brands. Let us consider an example. On paper Olympus E-5 (labeled professional by Olympus themselves) is almost everything that Pentax K-7 has been a year go. Obviously people who are busy making cross-brand comparisons would say that Olympus sky has already fallen. People who for whatever reason choose Olympus system to shoot would have none of this nonsense. I am with the latter.

Unless you are sitting on a fence considering switching systems or starting in photography, it really makes very little sense (in my opinion, of course) to do these comparisons.

Some criticize K-7 and other cameras for Dark Frame Subtraction (DFS) during extremely long exposures (1/2 hour and longer). Effectively, DFS shortens the night by half.

What if it were possible to pre-perform the DFS exposure say by opening the shutter for an hour and saving a special DFS image file every 5 or 10 minutes. Then, during the actual shoot the photographer wouldn't have to wait for DFS, but rather camera will take the ready image from the card. The pre-shoot DFS exposure could be an option from the camera menu that will greatly improve the usability of the camera. The regular DFS can be retained of course.

Such a mechanism may mean somewhat weaker noise reduction performance but it will be the photographer's call to make.
1 comment: 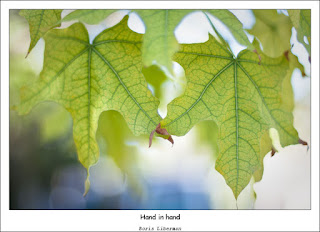 Eretz Israel Museum in Tel Aviv (*) features a guest exhibition from London that is nothing short of amazing. You can click here (Heb) (*) and look for yourself. There is a YouTube video on that page...

It was allowed to take pictures... 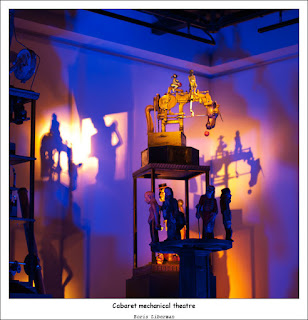 (*) External links are not guaranteed to be permanent.
No comments: