Yesterday Israel celebrated its 61st birthday. Galia suggested that we drive up to Jerusalem Botanical Gardens. Fortunately, there were virtually no crowd and we had yet another shooting session together. 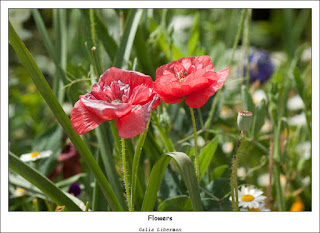 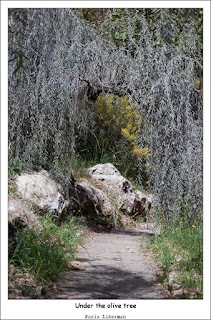 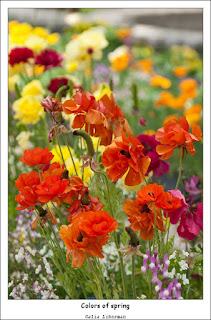 Then out of the blue (quite literally) appeared a formation of celebrational airplanes... 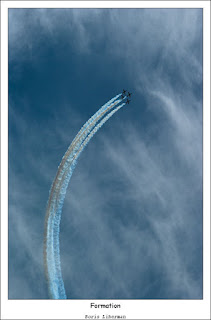 Last weekend we paid a visit to the Utopia park. Naturally Galia and me were shooting, and (trigger) happily so. I've decided to start posting Galia's photographs in this blog so that please watch for the photographer name in the frame. 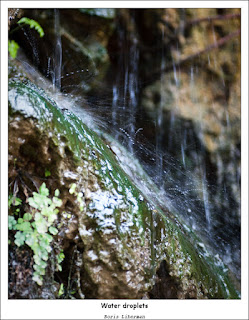 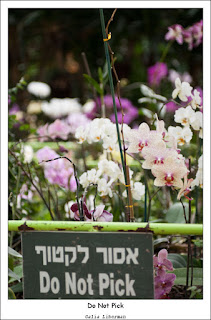 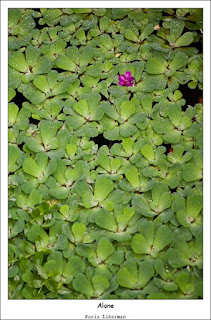 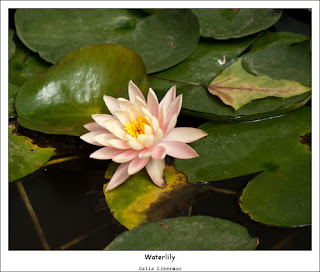 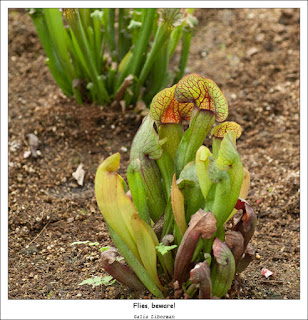 Usually when we go for a walk we take Galia's little camera (Pentax Optio W30) along with other camera gear. Recently it so happened that we forgot Galia's camera at home. It really wasn't on purpose. And so we walked and Galia would ask me to let her shoot this and that with my camera.

So here are some shots that were edited by me but shot by Galia. She saw and approved of the results. 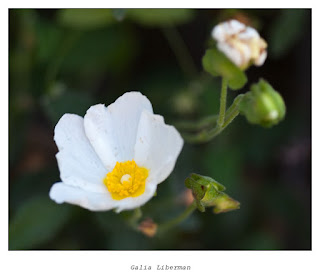 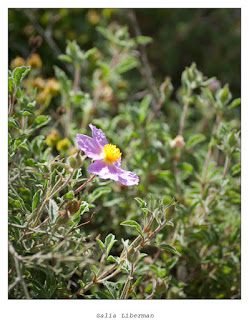 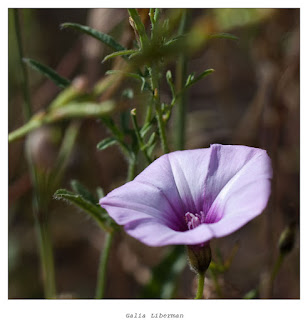 I have come to realize that writing periodically a short (or not so short) review of my gear will serve an interesting purpose. It will actually record and show the development of my views on gear through time. Otherwise, I think it is pretty much pointless, as the gear review sites are numberless on the net.

So here goes. The order is meaningful although it shouldn't be taken as an absolute ordering relation among my lenses.

SMCP A 50/1.2 - for most part of the year since I bought it, it's been my most favorite lens. I had a number of normal lenses but this one is absolute gem. I cannot really say with any precision or exactness why I like it. It is probably the combination of optical qualities or rendering and tactile feeling of using it. It is worth mentioning that it has forced me to buy a Katz Eye focusing screen for my camera and also a magnifying eyecup.

SMCP DA 21/3.2 AL Limited - the only DA lens that I have. Presently the widest one I use regularly. Although assembled in Vietnam, it is still very much Pentax Limited series lens. It also has handy quick-shift manual focus mechanism whereby you can freely fine tune the focus after the shutter release button has been pressed half way. I should say that this lens is a bit slow for my taste. On the positive side of things, it is just perfect to be taken along for travelling.

SMCP FA 77/1.8 Limited - my portrait lens of choice. Can be used in any other way, even for close up photography with extension tubes or close up filters. Sharp wide open. Produces beautiful rendering. I'd say it shoots better than me, making the results better than I thought they would be.

SMCP FA 31/1.8 AL - the last of the mighty FA Limited series. Stunning lens that on digital camera has the field of view just a bit wider than that of a 50 mm lens.

So to summarize, my travel kit would be DA 21 + FA 43 + FA 77 - small and light but reasonably fast and without any compromises on image quality.

SMCP FA 100/3.5 Macro - I don't shoot macro all the time, but twice a year (in Spring and Autumn) the macro bug bites me. It has rather budget build but optically it is absolutely fine. I should be shooting more with this one in order to study it further. And also because it is the season now.

Tamron 28-75/2.8 SP XR DI... - the only non Pentax lens that I actively use. I bought it used from a fellow PDMLer that probably cherry picked it. Tack sharp wide open, excellent optical quality. I use it mostly for shooting Galia's events in school and on similar occassions. It had never let me down. Some say it has slightly warm (yellowish) colors which might be true, but until I was told so a number of times and looked closely (you could say I pixel peeped) I did not notice it. So, I should disregard the nay sayers and keep enjoying using it.

These are the lenses I use actively.

Metz Mecablitz 40MZ-2 with SCA 3701 module - my flash. Although old it provides amazing degree of integration with the camera. It actually reads off the ISO rating, aperture value and focal length. Although this flash is automatic on its own (it has a light sensor and decides when enough light is enough), it is just right for my purposes. It even has the extra light source for lighting up the shades.

That would be it.

Two more lenses I have that I don't use any more.

Single Element (Monocle) Soft Focus Lens made from Helios K44 - the process of making it is described here. It is poor man's soft focus lens. The main problem is that the results it produces are often best rendered in black and white. It is hard to focus too. And I still don't have the extension tube of the right length to put between it and the camera to obtain infinity focus. I shot some portraits of Galia recently with it and it is fine. It is just too specialty an item to use regularly.

SMC FAJ 18-35/4-5.6 AL - in fact although it is marked FAJ (FA Junior?), it is the widest rectilinear auto focus full frame lens produced by Pentax. It has been superceeded by DA 21/3.2 Limited mainly because DA is optically superior and much smaller in size. My daughter will probably inherit it when she inherits my camera.

Oh, I seem to have forgotten the camera.

Pentax K10D with Katz Eye OptiBrite focusing screen, BG-2 battery grip and O-ME53 magnifying eyecup - this camera is rather old by modern standards. I bought it from one of the first shipments that arrived in Israel back in late 2006. All I can say is that it just works and does all I need it to do. Most recently Galia started shooting with it as well (yes, with all the additional accessories on board). Chances are she will inherit it when the camera would be replaced.

Let's see when I get to write the similar post next time...
3 comments:

Here it is. Someone suggested this blog to me, probably regarding some of the flash related articles. And as it turned out, my modest blog is mentioned there in the "Sites I Frequent" section. Most definitely I would like to return the favor. I've added it to my "Favorite Photo Blogs" section on the front page.

In general, I would welcome anyone who would exchange links with me, be it a blog or any other site related to photography.
1 comment: 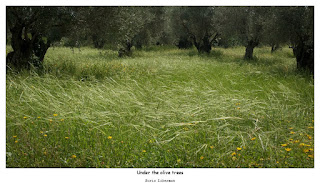 Eucalyptus honey is quite good, I am telling you... 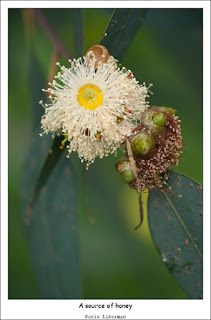