Introduction
A good friend of mine and talented photographer Stan Pustylnik, his wife and their elder girl paid us a visit back in December 2010. Beside spending some great time with our friends, I had a chance to actually shoot in real life conditions side by side with Stan. He's a Sony-Minolta shooter and not a long before he came here, he upgraded to full frame Sony A850 camera. Thus, an opportunity presented itself to perform most informal yet in my opinion sensible comparison of these two cameras.

Formalities
Please notice that the photographs below are published with Stan's explicit permission. Also they are marked with focal length, shutter speed and aperture so that the comparison shouldn't be too difficult. Photos were processed by me in LR 3.4, mostly for tonality and a bit of color balance corrections. I did not try to equate the colors because this is something I find especially difficult with my eyesight. 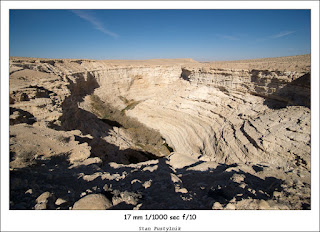 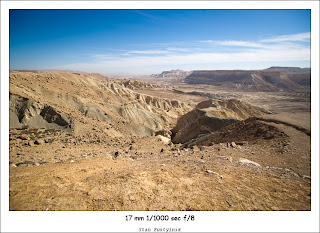 These two images illustrate how wide is real wide. Obviously, since Sony A850 does not introduce a crop factor, 17 mm lens becomes truly ultra wide. Even on these small web images one can see that there is a bit of vignetting and that the sharpness deteriorates towards the corners. Does it matter? Well, under certain conditions it might, but in my personal humble opinion - it is practically field irrelevant. The shots Stan made came out beautiful despite these technical shortcomings. 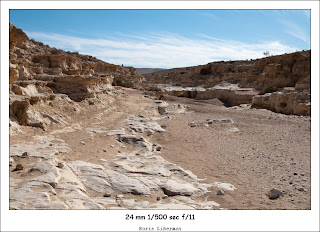 Obviously my attempt above is not as wide as Stan's pictures, but it is quite wide nonetheless. The white balance is different and frankly K-7 sometimes produces rather strange white balance. Also Sigma EX coatings are good but they also tend to shift color balance a bit sometimes. With more rigorous post processing this can be taken care of. 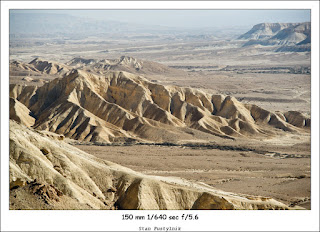 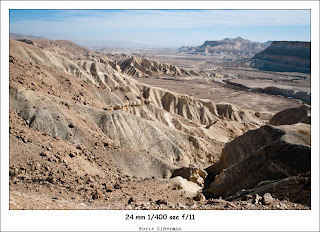 Another pair of images that in my view illustrates the difference in dynamic range between the two sensors. Sony A850 wonderful sensor has smoother transition from light to shadow and more shadow detail retention. I cannot say that Pentax K-7 does badly. It is certainly weaker but it does not too bad either. 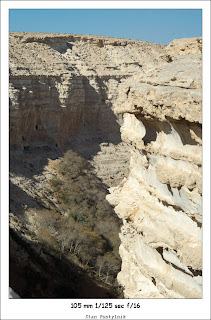 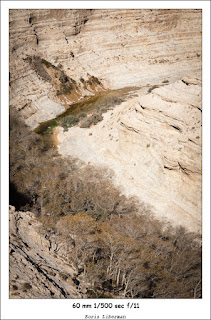 The last pair of images in this write up. Notice that EFOV of these two photographs is similar - 90mm for mine and 105 mm for that of Stan.

Conclusion
Obviously this comparison is incomplete, informal and some may argue - inconclusive. However I managed to arrive at some rather important conclusion from that wonderful day Stan and I had together.

It goes without argument that Sony A850 is a wonderful camera that exceeds Pentax K-7 in more than one aspect. My only negative remarks about Sony is that it is big and heavy and that its shutter sound is quite loud compared to that of Pentax.

Some of the sensor related issues were addressed by introduction of Pentax K-5, which by the way is based on another Sony sensor. But my main goal was to see how a photographer whom I hold in higher esteem than myself will acquit himself compared to my own shooting. Stan did brilliantly but he really convinced me by example that a full frame camera despite offering some clearly observable advantages is most certainly not the Holy Grail, not the Ultimate Weapon, not the Silver Bullet. It is yet another tool that needs to be studied and mastered. No more and no less.
1 comment:

I've been thinking of this lens for quite some time. Galia tends to like close up shooting while I am thinking that 50 mm could be a useful lens to shoot with for her learning process. Thus this lens was acquired few months ago. Our copy is a good one, no issues whatsoever - accurate focus, good sharpness across the frame. It is just that this lens has dual cam barrel made of plastic which does not inspire confidence. But then again it is light and Galia is making good pictures with it.

It is also a very good lens, but: