Just recently I've hit 10K clicks mark on my K-7. It took me approximately one year and two months. It turns out that many (gear head) ideas crossed my mind, and it would seem interesting to step back and have a bit of an introspect.

Here are some interesting data pieces that my LightRoom is telling me:

I have kept 7400 shots. This is too many. I have shot 1400 frames for family album. I have traveled several times, mostly on business and shot 900 frames during my travels. I still have 900 shots that I need to keyword. Finally, I shot 740 frames for Galia's school which is my ongoing project ever since she started going there.

K-7 introduced a number of new features over K10D. Here is the brief shopping list based on K-7 review that I wrote last year in this blog.
This is it, folks. Whatever else K-7 has to offer I don't use it. Be it fancy sensor movement control system, in camera HDR or fancy cross process filter. In all seriousness, I feel like I paid for a number of development efforts that have no benefit for me whatsoever. I much rather Pentax invested in bettering their P-TTL flash system or dealing with infamous SDM problems than developing yet another art filter in camera firmware.

So, to summarize this section - I actively use 2.5 features out of so many K-7 has to offer. Both are improvements over K10D but they are not deal makers or deal breakers - they are more of a convenience features. Realization of this was a bit of a revelation for me. More on that later.
3 comments: 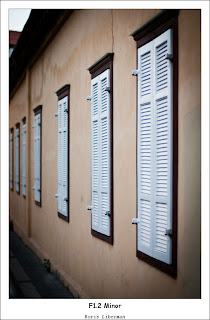 Continuing my cell phone photography project... As a matter of fact Weizmann Institute of Science is my Alma Step Mater as I started my higher education in Moscow Oil and Gas Institute. 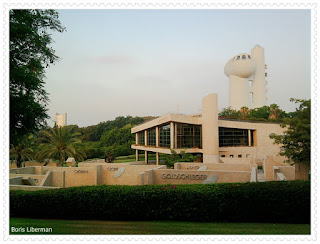